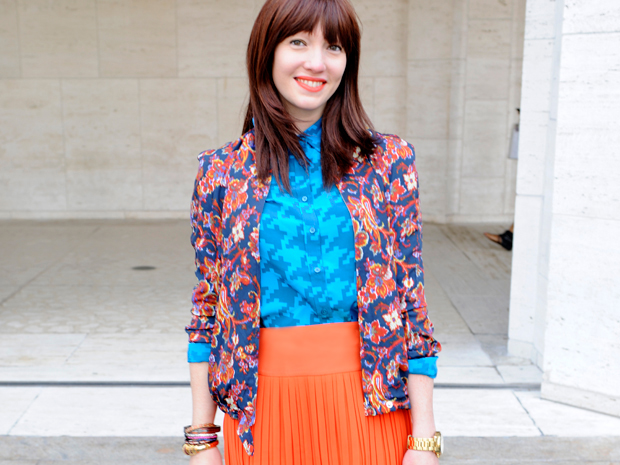 Describe an average day in the life of Erin O’Keefe

The average day isn’t usually set to one thing. The only thing that’s certain is that I’ll need to wear sneakers to run all over the city. A lot of my job involves communicating with showrooms to obtain samples for upcoming shoots. I often have to visit the designer’s showrooms to see things in person to determine if it’s right for a shoot. I know the subway system very well.

A shoot like this involves lots of outfits and locations- describe the creative and planning process.

The creative process for a shoot like this is always a collaborative one. I don’t think I have ever worked on a shoot where one person figures everything out soup to nuts. Since we used a classically trained ballerina we wanted to focus on clothing that she could move well in. From there we decide on a mood for her personality and think of designers that embody that mood. Of course, location plays a huge role in a shoot like this. Scouting out the neighborhood beforehand is key. Is the location visually stimulating? Will it go with the feeling we want to convey? Is it logistically convenient? With that said there are always times when you find unexpected surprises while you are out and about. Those usually turn out to be my favorites.

When did you begin working for Visual Country and how has the journey been working on so many creative shoots?

I began working for Visual Country a year ago and it’s been an eye opening experience. I have learned so much about my own personal creative process while working with Meagan and the team. My first time working with the company was on a creative retreat and was blown away by the talented team. It’s inspiring to be around so many shoots at once with so many creative brains around.

What brought you to become an Art Director?

Sometimes I think I am overly sensitive to visual stimulus. It’s difficult for me to go even the most mundane places like the grocery store without analyzing everything I see. I want to make tweaks to anything and everything while I am walking around in the world. Color is a huge factor in my life. I find it hard to function if I am surrounded by displeasing colors. I like to be in control of visuals and art directing gives me that opportunity.

What is your advice to young creatives starting out?

Find an apprenticeship. You can learn so much from observation. It also puts you in a position to meet other creatives at your level that can become good collaborators. If you do the hardest, worst job in your field and enjoy it then you’ll definitely love that career once you are successful!

You’ve been working with our creative director Meagan for the past 7-8 years. What’s been your favorite project?

OK. I have to start out saying to pick just one is almost impossible. Meagan’s treatment of the creative process is ‘go big or go home’. The recent video we did for Savannah College of Art and Design was like a dream. It was the longest shoot we have worked on and we were fully immersed. I’d dream about it, think about it first thing in the morning. Normally there are so many different projects going on at once, but this was the one time where I was able to fully focus on just making gorgeous shots. 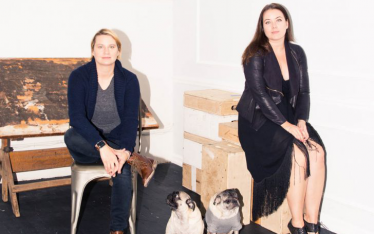 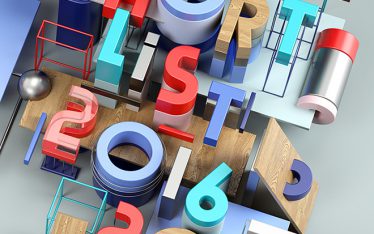